A call to brute force

In the writing of the new edition of Marschner's and my graphics text, we tried to add more "basics" on light and material interaction (I don't mean BRDF stuff-- I mean more dielectrics) and more on brute force simulation of light transport.  In the "how would you maximally brute force a ray tracer) we wrote this: 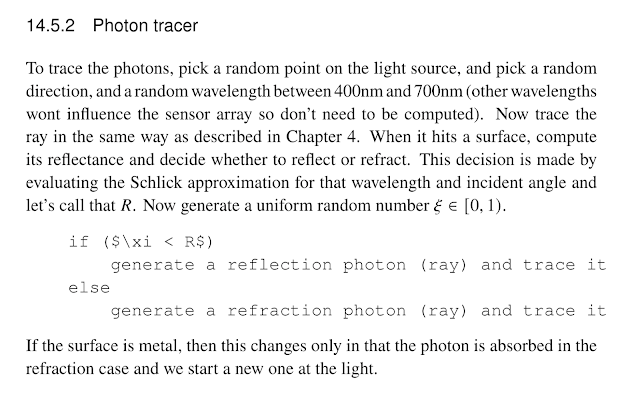 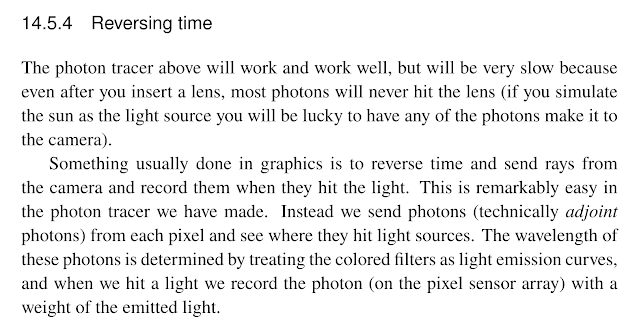 Basically, it's just a path tracer run with *only* smooth dielectrics and Beer's Law.  If you model a scene with all the microgeometry and allow some of it to absorb, you can get colored paint with a rough surface.  Here is an few  figures from my thesis (and it was an old idea then!): 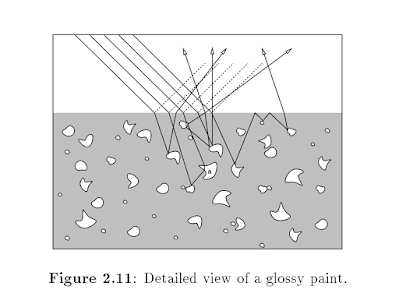 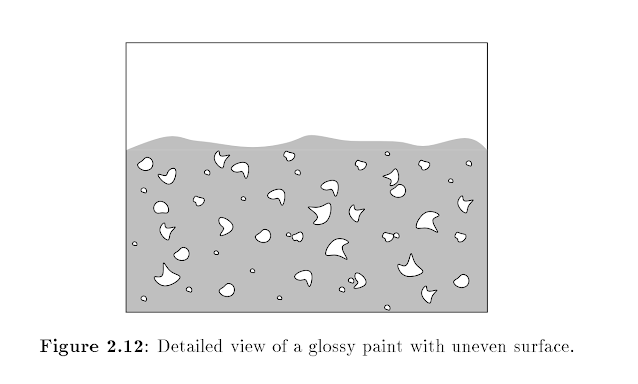 Doing the brute force path tracing is slow and dealing with the micro-particles is slow, so we invent BRDFs and other bulk properties, but that is all for efficiency.  When we wrote this, which is a classic treatment people use in the classroom all the time, we were thinking it was just for education and  for reference solutions (like Eugene d'Eon has done for skin for example), but since Monte Carlo path tracing is almost infinitely parallel, why not do this on a huge crowd sourced network of computers (in the spirit folding@home)?

I am thinking for images of ordinary things whose microgeometry would be easy to model.  For example a lamp shade with a white lining: 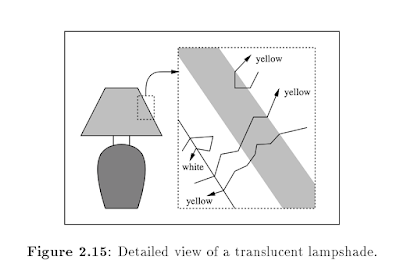 Another example of something very complex visually that might be modeled procedurally (https://iswallquality.blogspot.com/2016/07/fresh-snow-close-up-wallpaper-hd.html): 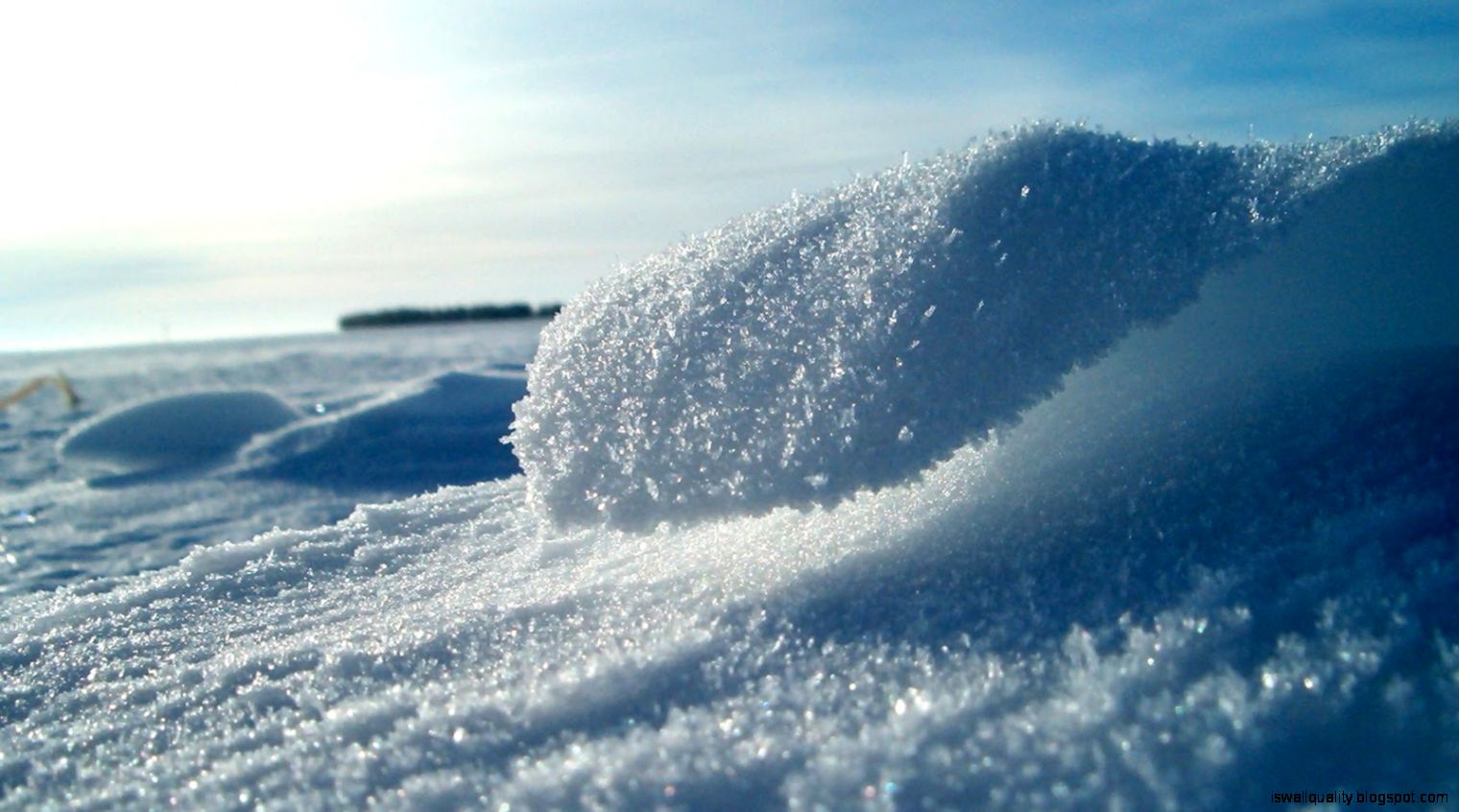 So what would be needed:

I don't have the systems chops to know how to best do this.  Anyone?   I will take the discussion to twitter!

Posted by Peter Shirley at 9:50 AM

Perhaps you could actually coin this as a currency itself like David Segal.

That's an interesting idea. I do think its doable, but I don't know about it being a cycle-stealing type of a deal. I mean the remote clients participating would all need to have the same BVH tree and stuff loaded. Reconstructing the BVH for a single ray wouldn't make sense.