Our "crazy" experiment for app discovery

With millions of apps out there, it's hard to get anyone to notice your app.   This "app discovery" problem is nicely summarized in this  Forbes article.  We learned with our app Fanpix that "if you build it they will come" is a non-starter no matter how broad the potential audience is.  We're big fans of Snapchat, but:
So we developed our own social photograpy app, Pando.  Our central problem with Pando is of course app discovery.  We began with the depressing truth that if 0.1% of app developers are following a particular discovery strategy, that is one thousand developers, so it's still easy to get lost in the crowd.

Our basic assumption is that we need to do something different.   Because so many smart people are out there trying everything under the sun, our strategy either needs to involve something that is hard, or something that is seemingly stupid, or both.

We did this: wrote a serious Windows Phone implementation

This does seem questionable considering the following data from idc: in 3Q  2013 Windows phones were only 3.6% of those purchased.  But it sounds better this way: in 3Q 2013, there were 3.7 million Windows phones sold.

iOS phones meanwhile sold 27 million phones in that quarter.    When you factor in degree of difficulty of getting discovered (Windows still only has a few hundred thousand apps), in which market is it easier to reach a million users?  So we think this strategy of emphasizing a Windows Phone version of our app is not stupid, just difficult.  It is difficult because the Windows Phone programming environment is completely different than the iOS or Android environments and we conservatively rejected the current portable wrappers on the three environments because a native implementation is always safe.

In addition, Pando is a social app, so if we can penetrate the Windows market, it can then spread to their friends.   We like the Windows Phone strategy even better when we see the Windows Phone users are concentrated more in some countries than others, and in 24 countries Windows outsells iOS!   In Q3 2013 that article discusses several countries but the 16% sales share of Windows in Italy particularly caught our eye.

One question that we had to answer before devoting resources to it,  is do Windows Phones suck?  I decided the only way to find out was to use one, which I have done for the last six months.   The Nokia/Windows combo I think is really super.  I like the phone a lot (more detail here).  The problem is lack of apps, but that just encourages us with our strategy.

Our conclusion is that if developing a social app you of course need iOS and Android, but best to spend the marketing budget on developing a Windows Phone app and get the app discovered there, where discovery is not yet crazy hard.  That is exactly what we have done with Pando, now available in beta form on iOS, Android, and WindowsMobile!

Here is a gratuitous screenshot of a selfie on my trustie Windows phone: 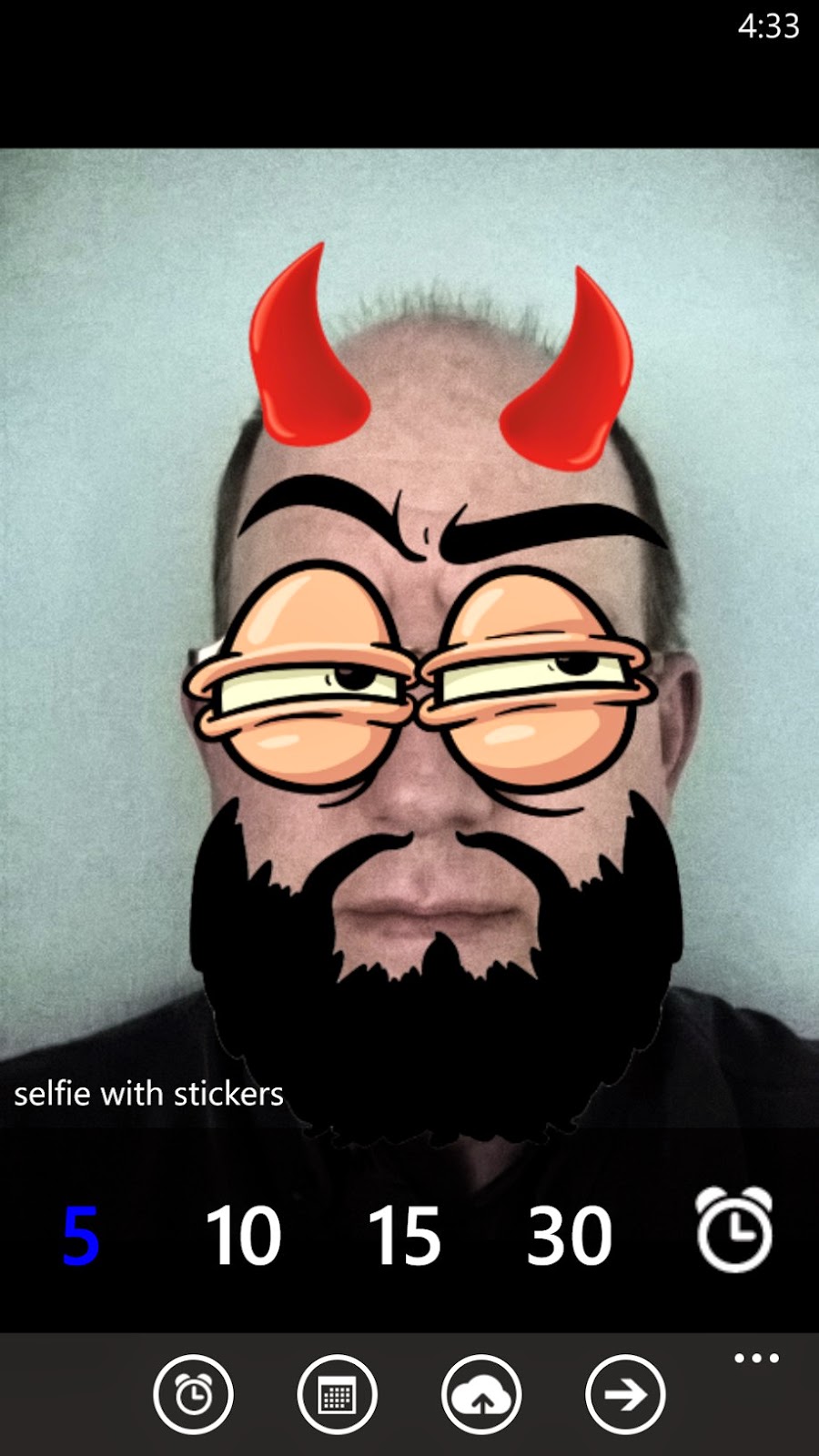 Posted by Peter Shirley at 3:57 PM

Pete, great that you're blogging again.

A couple weeks ago I searched for "pic!" on an iPad and didn't turn up your app. This is an older iPad (that you convinced me to buy!) so it definitely does not have the latest app store software though.

Let me know when to buy you lunch. My schedule is pretty open Tues, Thurs, Fri. It should be somewhere with good spicy food.

Hey John. With luck that search problem will get solved. Search for Pixio and you will find it, or go to purity.com and follow the links. Interestingly if you search for "Pando" on the Windows Phone store you don't find it either. And lunch you bet!